Design is the quiet ambassador of a brand.

The vision says much more than a thousand words. This is also an explanation of the key importance, that design has in branding. The brand is the bearer of the company’s philosophy. It combines the mission and the values it shares. The brand expresses its goals. The way the company wants to perceive it by its audience. Building the image of a company also depends on the means of expression that design offers. It is decisive to select properly in the creation of the logo for the future development of the brand. The logo conveys information about its overall philosophy, mission, and goals. Therefore, its creation requires creativity combined with a responsible and professional attitude.

The logo is the face of the brand

The logo performs several important functions, as a cornerstone for building the brand. It provides, in addition to the beautiful vision, information about the company and the industry. The logo is decisive for the identity of the company. It is the creation of an image. It’s recognition on the market and its distinction from the competition. The key importance of the brand’s suggestions is what the audience associates it with. Loaded with these features, the logo has a task. With little expressive means to say everything, you want your customers to know. Through their logo, companies not only communicate their values. They can also inspire the audience by incorporating them. Shared values create communities, which is a prerequisite for customer loyalty.

The good logo is known by …

… that it is Simple, Memorable, and Distinguished.

To be remembered at first glance, the logo must be easy to understand. If it contained more graphics or elements, the confusion is greater. Such visions create confusion in people’s minds and are difficult to remember. I remember the things that leave a trace in the human mind.  They have distinguished themselves with something. The logo must be also appropriate for the industry in which the company operates. It is needed as well as for its audience. It needs to be universal, that is last, but not least. To allow scaling in different sizes. So that it doesn’t lose it’s clarity and quality when branding both large areas and small surfaces.

Key elements of the logo are:

These are the 3 building blocks, through which designers convey brand messages. The choice of typography (font) can give identity and unique character to the brand. The usage of fonts is divided into serif and sans serif. This is the so-called script. Each of them has its beauty and suggestions. The choice of font depends on the brand’s goals in terms of visual communication to its customers. Serifs (with a foot) are more traditional and create a sense of reliability. The sanserifs are elegant and bring a modern sound. The script is the style of letters, reminiscent of italic handwriting. In him, the suggestion of luxury and femininity is strongly expressed.

And while the identity and originality of the brand are carried by the font, the colors affect people’s emotions. They carry a hidden message. They are not only associated with certain feelings and moods. But they can also be a source of emotion. When giving those emotions, they are the motivating impulses in human behavior.  The importance of colors in branding is undeniable.

The third building block is formed.

The observations of psychologists prove that form is the first thing that is noticed in a vision. That is why the shape is what makes the logo memorable and recognizable. The options are oval – circle or ellipse, and sharp, with angles such as rectangles, triangles, squares, or polygons. Straight lines also have their meanings. The verticals are associated with firmness, strength, and power. The horizontals are suggesting calm and they have a relaxing effect on the audience. Diagonals are often used to give the brand dynamism. 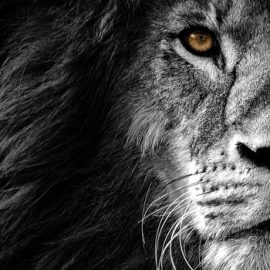 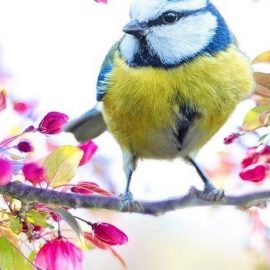 What is the meaning of colors for the brand?

This website uses cookies to improve your experience while you navigate through the website. Out of these cookies, the cookies that are categorized as necessary are stored on your browser as they are essential for the working of basic functionalities of the website. We also use third-party cookies that help us analyze and understand how you use this website. These cookies will be stored in your browser only with your consent. You also have the option to opt-out of these cookies. But opting out of some of these cookies may have an effect on your browsing experience.
Necessary Always Enabled
Necessary cookies are absolutely essential for the website to function properly. This category only includes cookies that ensures basic functionalities and security features of the website. These cookies do not store any personal information.
Non-necessary
Any cookies that may not be particularly necessary for the website to function and is used specifically to collect user personal data via analytics, ads, other embedded contents are termed as non-necessary cookies. It is mandatory to procure user consent prior to running these cookies on your website.
SAVE & ACCEPT
Call Now Button